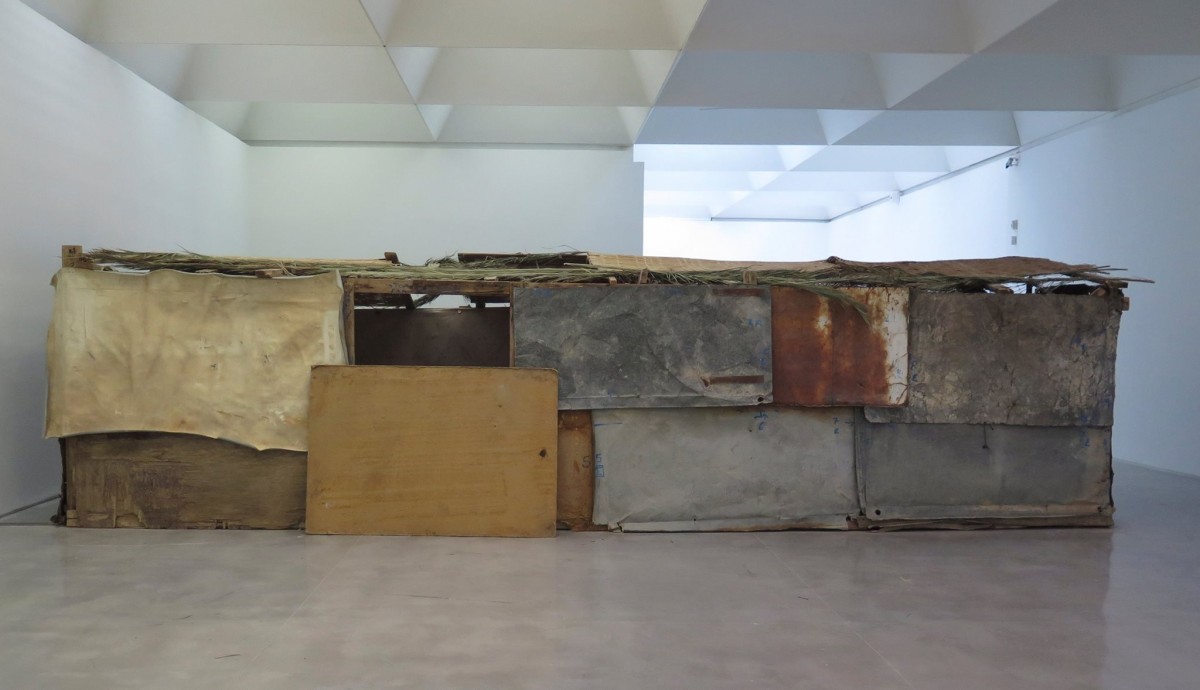 Concluding The Imaginary Republic series, Diego Rotman and Brandon LaBelle will reflect upon conditions of precariousness in today’s geopolitical environment, and how particular communities work to pull together a threadbare existence. From Bedouin tribes in the West Bank to the formation of pirate nations, the evening will map out the creative methods and media infrastructures of the poor and the disenfranchised.

Organized by Brandon LaBelle and the Bergen Academy of Art and Design.

The Imaginary Republic looks at questions of public life and civic culture in today’s global environment, and how recent economic, social and political unrest have led to an intensification of grass-roots initiatives, artistic activism, and forms of public commoning. The project positions itself as a creative and critical dialogue within this context, and aims to investigate strategies and formations of dissident imagination, meager hopes and creative instituting.

These issues and concerns will be addressed through a series of talks and discussions led by participating artists and researchers with a particular focus on forms of critical togetherness and emancipatory practices. In particular, the project searches for ways to engage public life as the basis for intensities of cultural imagination and considers artistic means for renewing people power.

The series of talks is run parallel to the related exhibition at Tag Team Studios (Openings: September 9th & 22nd – 19:00h).

Brandon LaBelle is an artist, writer and theorist working with sound culture, voice, and questions of agency. He develops and presents artistic projects and performances within a range of international contexts, often working collaboratively and in public. His work has been presented at South London Gallery, London (2016), Liquid Architecture, Melbourne (2015), Marrakech Biennial (2014), General Public, Berlin (2013), Whitney Museum, NY (2012), Image Music Text, London (2011), Sonic Acts, Amsterdam (2010), A/V Festival, Newcastle (2008, 2010), Tramway, Glasgow (2010), Museums Quartier/ Tonspur, Vienna (2009), and 7th Bienal do Mercosul, Porto Allegro (2009). Also a prolific writer, his books include Lexicon of the Mouth: Poetics and Politics of Voice and the Oral Imaginary (2014), Diary of an Imaginary Egyptian (2012), Acoustic Territories: Sound Culture and Everyday Life (2010), and Background Noise: Perspectives on Sound Art (2015; 2006). He is the editor of Errant Bodies Press and Professor at the Bergen Academy of Art and Design, Norway.

Lise Skou is an artist based in Aarhus. In her practice Skou engages with post-capitalist politics and capitalist globalisation, working on the basis of theories by e.g. J.K. Gibson-Graham, who focuses on a feminist critique of the political economy. Through a collective practice she seeks to envision non-capitalist economies; to show a landscape of economic diversity – one that is not exclusively or pre-dominantly capitalist – and to explore the challenges associated with alternative economic measures and interventions. Incorporating empirical material from local initiatives, Skou describes the potentialities associated with various economic models. Her work can be regarded as an ongoing study of various connections between several factors: a practical rethinking of economic structures; the production and dissemination of materials and ideas about current political, economics; forms of resistance and collective experiences. Skou is a graduate from the Whitney Museum of American Art – Independent Study Program (2002-2003) and the Funen Art Academy (1998-2004). She also holds a BA (Art History) from Aarhus University.