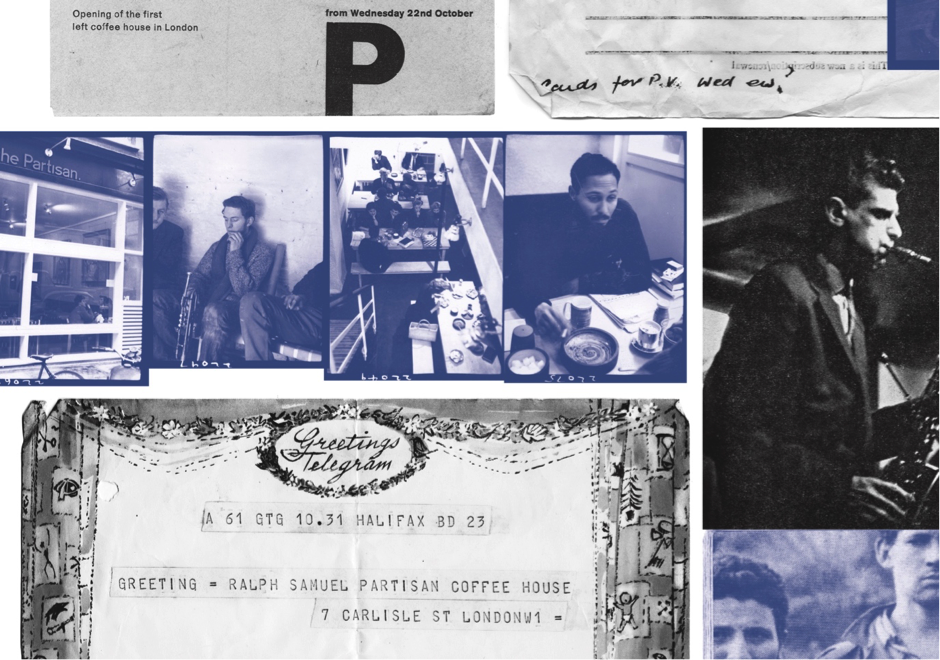 Tucked away in the back streets of London’s Soho a nondescript office building once housed a short lived experiment in creating a space of dissent. Set amid then trendy Italian coffee bars and basement folk clubs of London’s traditional bohemian quarter the Partisan Coffee House was ‘the first socialist coffee house in the country’ and the spiritual home of the early New Left.

The Partisan was the idea of Raphael Samuel, a young radical historian who was one of the founding figures of the British New Left. With a menu that included Borscht, Viennese coffee and ‘Whitechapel cheesecake’, the Partisan was an attempt to recreate the culture of a leftist mitteleuropäische cafe in the centre of London. In opposition to the fast turnover tawdry commercialism of the rest of the areas coffee bars it was advertised as ‘London’s first anti-espresso bar’.

Closely linked with the radical journal the New Left Review, the intellectual life of the Partisan embraced all the burning political and cultural issues of the day: from Khrushchev’s secret speech denouncing Stalin, the Hungarian Uprising and the Suez Invasion to the foundation of CND. In its short existence the Partisan staged debates, film screenings, art exhibitions and music nights which drew in some of the leading intellectuals and artists of the late 1950s including Doris Lessing, Raymond Williams, Eric Hobsbawm, Lindsey Anderson and Karel Reisz. The Partisan Coffee House flourished in the last two years of the 1950s before collapsing in financial disarray. Yet its archives survive, in chaotic form, and the different forms of cultural production and political debate which found a nexus there continues to resonate.