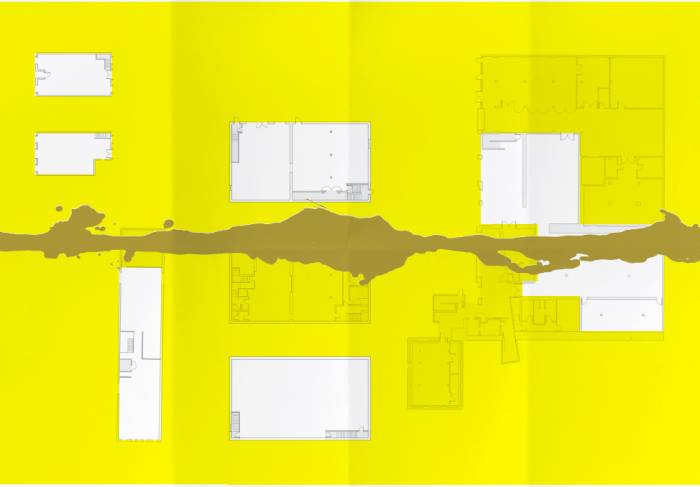 Extending The Imaginary Republic series, for this session Marysia Lewandowska and Lise Skou – both artists with a deep concern for rethinking methods of artistic practice – will present and reflect upon their related exhibited works at Tag Team Studios, specifically focusing on attempts to rethink models of economic exchange and cultural labor.

The Imaginary Republic looks at questions of public life and civic culture in today’s global environment, and how recent economic, social and political unrest have led to an intensification of grass-roots initiatives, artistic activism, and forms of public commoning. The project positions itself as a creative and critical dialogue within this context, and aims to investigate strategies and formations of dissident imagination, meager hopes and creative instituting.

These issues and concerns will be addressed through a series of talks and discussions led by participating artists and researchers with a particular focus on forms of critical togetherness and emancipatory practices. In particular, the project searches for ways to engage public life as the basis for intensities of cultural imagination and considers artistic means for renewing people power.

The series of talks is run parallel to the related exhibition at Tag Team Studios (Openings: September 9th & 22nd – 19:00h).

Brandon LaBelle is an artist, writer and theorist working with sound culture, voice, and questions of agency. He develops and presents artistic projects and performances within a range of international contexts, often working collaboratively and in public. His work has been presented at South London Gallery, London (2016), Liquid Architecture, Melbourne (2015), Marrakech Biennial (2014), General Public, Berlin (2013), Whitney Museum, NY (2012), Image Music Text, London (2011), Sonic Acts, Amsterdam (2010), A/V Festival, Newcastle (2008, 2010), Tramway, Glasgow (2010), Museums Quartier/ Tonspur, Vienna (2009), and 7th Bienal do Mercosul, Porto Allegro (2009). Also a prolific writer, his books include Lexicon of the Mouth: Poetics and Politics of Voice and the Oral Imaginary (2014), Diary of an Imaginary Egyptian (2012), Acoustic Territories: Sound Culture and Everyday Life (2010), and Background Noise: Perspectives on Sound Art (2015; 2006). He is the editor of Errant Bodies Press and Professor at the Bergen Academy of Art and Design, Norway.

Marysia Lewandowska is a Polish born artist based in London since 1985 who through her collaborative projects has explored the public function of archives, collections and exhibitions She has been collaborating with Neil Cummings between1995 and 2008. Research has played a central part in all her projects, which include the book The Value of Things (Birkhauser 2000), Give & Take at the V & A Museum and Capital (2001) inaugurating Contemporary Interventions series at Tate Modern. Enthusiasm (2004-2006) project has been shown at the CCA Warsaw, the Whitechapel Gallery, London, Kunst-Werke in Berlin and Tapies Foundation in Barcelona. The film project Screen Tests (2006) featured in the British Art Show 6. Social Cinema (2006) events were made for the London Architecture Biennale. Generosity Broadcasting House (2006) was at Kunsthaus Graz. Post-production (2008) featured in Manifesta7 in Bolzano. The film Museum Futures: Distributed (2008) was commissioned by Moderna Museet in Stockholm, and Tender Museum (2009), a sound and film installation, is at Muzeum Sztuki in Lodz. Intellectual Property was a subject of How Public is the Public Museum? (2010) at Moderna Museet in Stockholm. Re-Distributed Archive (2011) featured at the Congress of Culture, Wrocław; Open Cinema (2012) developed with architect Colin Fournier was a public intervention for Guimaraes 2012 European City of Culture, and in 2013 Architecture Triennale in Lisbon.