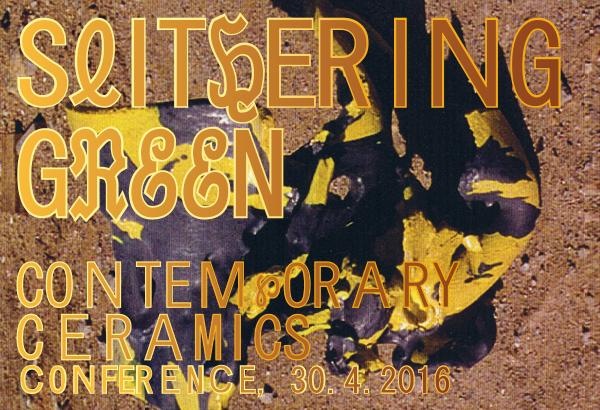 PRAXES at Bergen Assembly presents a year-long sequence of work constellations by the American artist Lynda Benglis (b. 1941) at changing venues in Bergen. Through April a series of Benglis’s ceramic works was the focus of this investigation, exhibited in a colossal former grain silo, housing the Bergen School of Architecture. The presentation concluded with an afternoon conference on 30 April titled Slithering Green, co-organized with Bergen Academy of Art and Design [KHiB]. More catalyst than compendium, the conference—loosely inspired by the exhibition—opened up discussions around contemporary ceramics, this material’s primal qualities, uncontrollable processes, and vibrant glazing and colors. The conference brought together both artistic, curatorial, and scholarly voices.

Initiated at the outset of the cool 1990s—when ceramics were largely associated with craft and folk art as opposed to concurrent critical and conceptual art practices—Benglis’s lush, abstract ceramic shapes demonstrate a wild insistence on materialism. Emerald greens, black gold, mauves, and indigos, smeared and splattered over the earthy clay, revert and glide between the bulky works’ inner and outer planes. As suggested by the exhibition title Glacier Burger, lent from a Benglis piece, the clay objects fuse forceful matter and unapologetic humor.

The afternoon conference was immediately followed by the opening of Double Albatross at Kunstgarasjen. This exhibition presented a body of paper works fresh from the artist’s studio in Santa Fe, New Mexico, hinting at correspondences, cross-pollinations, and dialogues within Benglis’s practice. At the opening, a short documentary by Burrill Crohn about the production of the paper works was screened for the first time.