Oilers follows the construction of an oil platform in the Norwegian offshore yard, Kvaerner Stord. Shot over one year, the film shows the workers’ experience of work in the context of the global decline in the price of oil and unemployment. The film is made in collaboration with BEK, Bergen Center for Electronic Arts.

Delete Beach is an animated short, realised in the style of Japanese anime which combines elements of sci-fi and fantasy to tell a story set in the future around Bergen and the Hardangerfjord. The work will premier within a wider thematic framework of The End of Oil which looks at the possible scenarios linked to the decline of oil-based economy in Norway. With the prosperity of oil-boom years likely coming to an end and the society finding itself on the brink of an infrastructural change, in a wider sense, this relates to questions about our relationship with nature. The film is animated by Studio 4°C, produced by North Sea Productions and made with support from Vestnorsk filmsenter.

Co-produced by HAU Hebbel am Ufer (Berlin) through funding provided by the German Federal Cultural Foundation within the framework of “The Aesthetics of Resistance – Peter Weiss 100”. 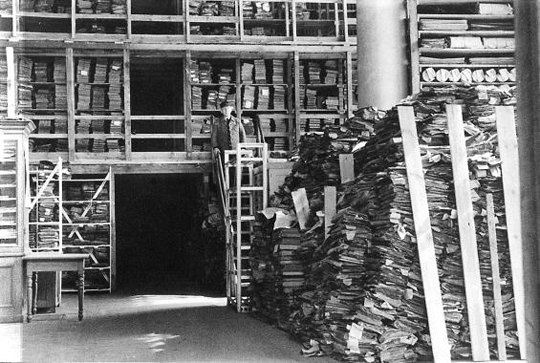 These archives help us grasp how content, desire, aspiration and shared hopes can become a form of ‘substance infrastructure’. When a group of people shares trajectories within particular historical moments, they may not build lasting structures but their joint hopes and beliefs do come together in dense atmospheres that are elusive but charged. The archives assembled here are testimony to such charged atmospheres, when aspirations predate any formalised organisation and result in mythic forms  – a moment of political vision and solidarity in London, a set of cultural imaginaries in Teheran, the reactions of viewers to exhibitions they have seen and that have affected them, the efforts by a group of friends and colleagues in Europe to collectively establish a way of researching and thinking in public. 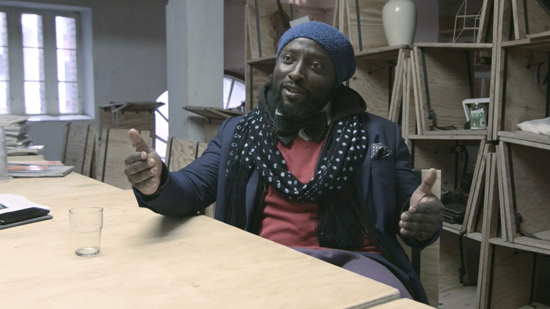 Exhibitions are often the site of multiple imaginaries – what we see in an exhibition is the trigger for so many other associations and links. But the actual experience is often silent and privatised and the more distinguished and famous the venue of the exhibition, the more inhibited the response. ‘Anecdoted Archive’ brings together many different viewers account of what an exhibition meant to them, how they were affected by it. Going beyond the cannon of ‘great’ exhibitions in the west, the archives assembles voices from many countries and many situations that highlight how seeing an exhibition can be vitally important and transformative.

What kind of labour is it, to work communally with the bodies, movements, expressions and affects of others, to dedicate ones lifework to the othering that issues from these relations? Is a life, especially a life spent making, learning, giving and transforming oneself with others, a kind of infrastructure? How might we better understand and value the social and artistic force of such practices?

These questions form the core of Adrian Heathfield and Hugo Glendinning’s new film, which traces and connects some exemplary artistic figures of the late twentieth and early twenty-first century, whose art practice escapes identitarian culture by being tuned to a set of barely visible, relational and dispersed activities. Spirit Labour traces a genealogy of creative practices inclined to elemental exposure and non-human forces, as renewals of the passage of humans toward their outsides.

2. Shipping and the Shipped

A history of shipping cannot be separated from a history of the shipped. Nor can a history of logistics be separated from a history of shipping.  To ship off, to be containerised, to be shipwrecked and drowned, to repair and to wreck the ship, all this is to enter the real history of shipping.  This exhibit brings together artists to create this history, a transported history.  One enters the exhibit through the ship breaking yards of Ranjit Kandalgaonkar’s sound sculpture of Alang in Gujarat.  Then one can turn into Arjuna Neuman’s film with Denise Ferreira Da Silva or turn the other way into Wu Tsang’s film with Fred Moten.  Here we are in the watery realm of the shipped, but also in the airy flight of the transported above the tide.  Finally one can exit through the study, where photographs and drawings from Kandalgaonkar surround texts by Stefano Harney and Fred Moten on shipping and the shipped.

Curated by Nora Sternfeld in collaboration with artist Isa Rosenberger

The Museum of Burning Questions is a ‘Para-Museum’ in the occupied former fire station of Bergen. The fire station is occupied by retired firemen, who have a claim to realize a Fire Museum – a plan which has existed since 1916 – in the former “Brandstation”.

Fires need audiences started with a short poem composed by the writer Dan Boehl and Ariel Schlesinger during one of their pyromania nights at Schloss Solitude residency, Stuttgart, 2015. Fires need audiences refers first, to Schlesinger’s obsession with fire and an urge to share this fascination with others.

A new commission especially produced for the Bergen Assembly, the installation will create a dynamic sonic, visual and spatial representation of the traces of physical, cognitive and digital labour, which produce what the theorist Keller Easterling calls ‘infrastructure space’. Working with various sonic agents including a trawling web based algorithm that harvests audio content from online sources, the project attempts to construct in Hagerupsgarden an evolving, observable system – an infrastructure of feeling – that will adapt and take shape across the five-week Bergen Assembly exhibition period.